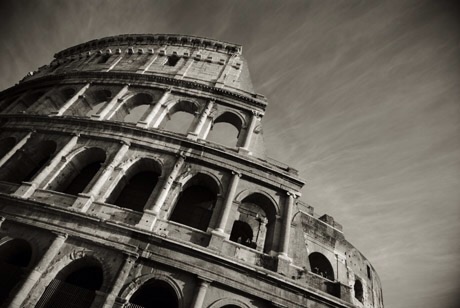 Luke 2:1-4 “In those days Caesar Augustus issued a decree that a census should be taken of the entire Roman world. (This was the first census that took place while Quirinius was governor of Syria.) And everyone went to their own town to register. So Joseph also went up from the town of Nazareth in Galilee to Judea, to Bethlehem the town of David, because he belonged to the house and line of David.”

Ceasar Augustus was perhaps one of the most powerful people of the day, he ruled the whole of the Roman Empire. Augustus was not actually a part of his name, but more of a title. When given the chance to be known as Emperor or King, he chose neither, but instead chose to be called Augustus which was a religious title. By choosing Augustus, Caesar was choosing to declare himself a God.

The purpose of the census that he ordered was to have a database of all the taxable citizens of his realm. Being as he was short of funds, he intended to tax the people to support his grand plans and lavish lifestyle. And so Mary and Joseph – being as they both were of the line of David – had to make there way to Bethlehem to pay up.

Perhaps it escapes us that a mere man, drunk on his own power and considering himself to be a god, was moved by The God – of Heaven and Earth – to order a census to fulfil his own evil purposes, in order that two poor people might be found to be in Bethlehem, and one of them ready to give birth to God Incarnate. And all in order that a promise might be fulfilled; that â€œYou, Bethlehem Ephrathah, though you are small among the clans of Judah, out of you will come for me one who will be ruler over Israel, whose origins are from of old, from ancient times.â€ – Micah 5:2. Are not God’s ways higher than ours? We may be small, we may be insignificant on the earth in comparison with the ruling powers and monarchs, but God moves the world to save people who trust in Jesus – even insignificant ones!