There is no number too small for the Lord 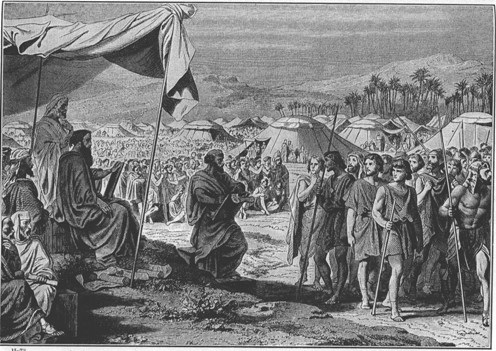 Our God likes it when the numbers are not in our favour. There are plenty of examples in the bible where The Lord either allows or actively makes the numbers hopeless.

When Gideon was getting ready to face the Midianite and Amalakite forces, The Lord told him he had too many men. Despite the fact that in a battle you cannot have too many men, The Lord actively reduced the Israelite numbers from 22,000 to 300 saying,

â€˜You have too many men. I cannot deliver Midian into their hands, or Israel would boast against me, â€œMy own strength has saved me.â€

And in the case of the widow of Zarephath, The Lord waits until the widow has just a handful of flour and a little oil in a jar, before the prophet comes and says,

For this is what the Lord, the God of Israel, says: â€œThe jar of flour will not be used up and the jug of oil will not run dry until the day the Lord sends rain on the land.â€â€™

The point is that the size of the troops, or the weight of flour or the volume of the oil is not the issue. The issue is, do we really believe that The Lord can make the difference regardless of the numbers. Whatever the resources may be, they are no obstacle to The Lord, even if the odds are stacked against us.

The reason why The Lord loves it when the resources are limited and the odds are against us, is that he then displays his greatness in spite of them and that brings him glory!