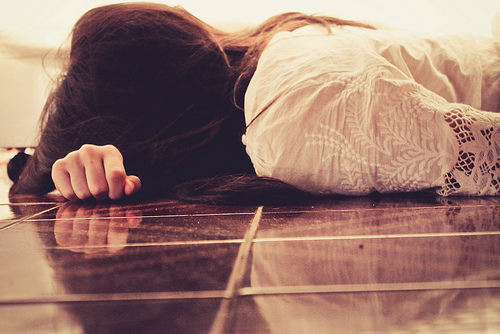 After reading the 42 chapters devoted to the character Job in the bible, itâ€™s quite easy to find yourself scratching your head wondering what you’ve just read. On first glance, Job seems self righteous, even irreverent and yet by the end we see God vindicates him. His three friends by contrast seem to rightly rebuke him and yet at the end itâ€™s the three and not Job, God requires repentance from.

What are we missing?

We’re not so used to long discussions these days, so it’s hard to keep pace with the wordy rounds of rethoric that the four main characters engage in. What we can figure out quite quickly though, is that Job has one view about his suffering and his three friends have a very different view, and that both concern man and God.

What we’re probably missing however, is that both Job and his friends have got the wrong end of the stick in their various interpretations of why God has brought this terrible calamity on Job. It’s only Elihu who weighs in at the end of the discourse, who has an understanding which reflects the truth.

Job repeatedly makes the claim that he is righteous, even in the face of his three friends who continually accuse him of wickedness and wrongdoing. He makes audacious claims to be able to stand in the presence of God and vindicate himself (23:4). This sounds very bold for a sinful human being, but we mustn’t forget God’s opening words about Job to Satan: “have you considered my servant Job…he is blamelessâ€ (2:3). Job is not lying in his claim to be righteous.

Job’s friend’s understanding of the suffering God has brought upon Job, is that God uses calamity as a punishment when human beings have sinned. In their view the equations are simple: sin results in righteous retribution from God and righteousness results in prosperity from God. Therefore Job must have sinned (8:20), his suffering confirms it!

Job’s continuous defence of himself as a righteous man only deepens his guilt in their eyes and improves God’s case for bringing vengeance in the form of suffering on Job.

Their mistake, that Job successfully highlights (21:30), is that they think God awards people on this earth, according to what they do instead of recognising that all people are the same. No one deserves anything good from God, everyone only deserves God’s vengeance in spite of what they may or may not have done, good or ill.

The two mistakes are the same in one sense, that is they both result from an error made in their first assumption about suffering. Job and his friends have both made the wrong assumption that God is angry with Job in a punitive sense. That is to say, that his anger has flared up against Job and he has manifested it by bringing calamity on Job.

The last person to speak before God does, is Elihu. It seems from what he says that he has managed to avoid the mistakes of both Job and his friends. He has based his conclusion on a right knowledge of God. He understands the fatherly role that God plays in the life of a person that he has made righteous in his sight. God disciplines those that he loves we read in the New Testament (Hebrews 12:6), and anyone who is not disciplined is not loved.

Discipline which results from love is not punitive; it is not retributive. It is curative; it is, in Elihuâ€™s words, preservative. Elihu reveals a side to Godâ€™s character that the others have failed to see, though they should have understood it clearly enough.

He may speak in their ears and terrify them with warnings, to turn them from wrongdoing and keep them from pride, to preserve them from the pit, their lives from perishing by the sword. (33:16-18)

When God finally speaks, he rebukes Job and his friends for the darkness which has clouded their understanding, but has no rebuke for Elihu. He simply builds upon what Elihu has started to say, but with perfect clarity and unwavering commitment to his own righteousness. Job and the others have nowhere to go.

By His own words God justifies his own righteous ways, Job cannot even speak in his presence, never mind challenge his justice. And by his own words God shows grace to his son Job and has him intercede on behalf of his friends. Though their own words would surely have condemned them to Godâ€™s wrath and punishment, yet God provides Job to pray for them.

Consider it pure joy, my brothers and sisters, whenever you face trials of many kinds, because you know that the testing of your faith produces perseverance. Let perseverance finish its work so that you may be mature and complete, not lacking anything. (James 1:2-4)

photo credit: loneliness is such a sad affair via photopin (license)